Home Page > Media > The Most Important Developments in the Digital Field with the Stars of Digital! The Most Important Developments in the Digital Field with the Stars of Digital!

February 6, 2016 / Marketing Türkiye – What were the most important developments of the year in the digital field? Which digital agency has attracted the most attention? Which mobile application and internet initiative is in your mind? We asked 10 people who are well-known in the digital marketing industry, in nine different categories, and determined the “Digital Stars of 2015” for Marketing Turkey readers.

While digital marketing is becoming more popular day by day, investment in digital marketing strategies is increasing at this scale. Because, it would not be wrong to say that 2015 was the year of digital. If we support it with numbers, according to the data of IAB Turkey, digital advertising investments, which were 650 million TL in the first six months of 2014, reached 789.3 million TL in the first six months of 2015. Investing in newspapers, magazines and radio in the advertising cake has left its place to digital. Brands and investors who could not keep up with the transformation were left behind. We talked to the experts of digital marketing about “Digital Stars”, which continued its development with great success in 2015. Which digital agency came to the fore during the year, which digital campaign was impressive, what was the most important digital development of the year? We asked, Internet Consultant Atıf Ünaldı, BERA Media Group CEO Alper Afşin Özdemir, Useful and Promoqube Co-Founder Özgür Alaz, Decathlon Buzz Managing Partner Vadi Efe, Wanda Digital Managing Partner Burak Günsev, LG Digital Marketing Manager Erkan Terzi, IAB Turkey Marketing Chairman of the Executive Board and MMA Turkey Vice President Rima Erdemir, Lowe Istanbul Digital Department Head Onur Çakı, Voden Digital Agency Vice President Taylan Eker and Project House Managing Partner Cüneyt Devrim answered. 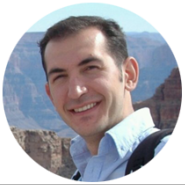 He studied Digital Marketing Analysis at Massachusetts Institute of Technology / MIT Sloan School. He completed his marketing specialization education on Marketing and Digital Technologies at the University of California, Berkeley. He received a bachelor’s degree in Business Management, with a focus on marketing, at Istanbul University – Faculty of Business Administration. He also studied academic language and studio photography at W.Rice University. Now actively he has been working for ASELSAN as “Brand and Digital Communication Lead”. How to Be Social Media for Beginners